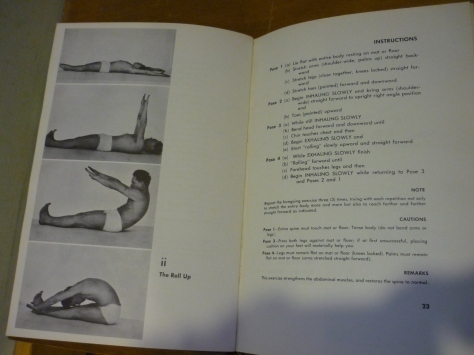 Doing research about the clients of the Pilates Studio on  8th Avenue in New York was sometimes so intriguing that I kept going astray. Suddenly I realized that I was actually doing research about the biography of a client and had for the moment completely forgotten about Joseph Pilates. In a few instances my meandering unearthed unknown sources about Joseph Pilates…

George Hoyningen-Huene, the photographer who took the pictures for Joe’s book Return to Life through Contrology was one of those who fascinated me the most. The son of an American mother and a Baltic father from an aristocratic family who had held the prestigious position of an equerry for the czar was born in 1900 in St. Petersburg. His path of life led him to Yalta, London, the Caucasus and Paris, to New York and finally to Los Angeles: So in terms of the number of the places of residence he could take on Joseph Pilates!

George Hoyningen-Huene met Joseph Pilates in the latter’s studio on 8th Avenue in New York in the end of the 1930ies. At that time George Hoyningen-Huene was working as a photographer for the American fashion magazine Harpers Bazaar. Before that he had been working in Paris for Vogue.  Now he turned to Joe Pilates, because he needed more strenghth for his work:

One of my handicaps during my photographic sitting was the strain of lifting and moving lights, scenery and props. My collegue the late George Platt Lynes advised me to take a course in Physical Fitness at the gymnasium of Joseph Pilates. Joe’s method struck me as the most reasonable and scientific approach and after a few months I had to have all my clothes altered. Apart from becoming a great friend of Joe’s and his wife Clara, I kept up my studies for five years and in the end we made a motion picture documentary and I photographed his entire routine for his book RETURN TO LIFE. I owe Joe much in the way of moral support, kindness and genuine friendship.

In return Joseph Pilates owed George Hoyningen-Huene not only the  wonderful photography in his book Return to Life Through Contrology, but probably also the fact that the book was published at all. After years of looking for a publisher it finally was released in 1945 by  J.J. Augustin – the same house that had published George Hoyningen-Huene’s illustrated travel books.

When George Hoyningen-Huene left New York City in 1945 he not only terminated his relations with the fashion world – it was also the end of his workouts in the Pilates Studio. He became a photography professor at Art Center School in Los Angeles. But he still had some connections to the world of glamour. As a couselor for colors in the new technicolor motion pictures he collaborated for years with director George Cukor and assisted him in movies featuring Judy Garland, Ava Gardner and many other stars. George Hoyningen Huene died at the age of  68 because of a stroke. He died in 1968, one year after Joe Pilates had died.

A breathtaking life story, isn’t it? Have you heard about George Hoyningen-Huene before? Are you just as fascinated as I am? I’m looking forward to your comments!