October 9, 2017, is the 50th anniversary of the death of Joseph Pilates. In hospital, shortly before he died, he is reported to have said: “I’m 50 years ahead of my time.” This sounds incredibly perceptive from today’s point of view. He had such great plans for his method – and I am convinced that it would have made him proud to know that the Pilates method today is being practiced all around the world!

For this anniversary Joseph Pilates has deserved some praise, enthusiasm and standing ovations! This is why I’m starting a series today called “50 Days of Praise for Joe”. I have prepared 50 quotes by clients, people who profited directly from working with him. Each of them had a different relationship to Joseph Pilates, some of them are still famous today – all of them were enthusiastic about Joe Pilates and his method.

Let’s start with a quote by one of his most interesting pupils, Carola Strauss Trier:

One of Joseph Pilates earliest clients was Lothar Danner, chief of Hamburg police in the 1920ies. He went to Joe’s self-defense classes along with his staff and had a very high opinion of his teaching:

The British actress Maud Milton found a funny way to point out how she profited from her workouts with Joseph Pilates: 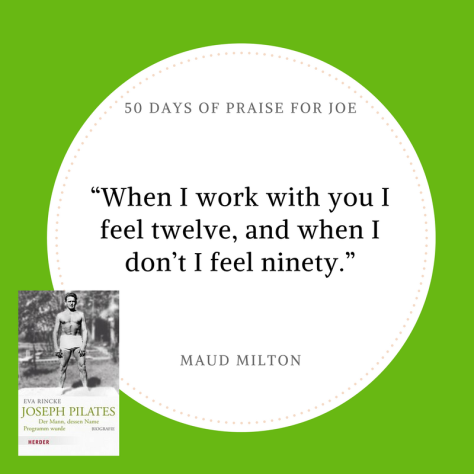 Nat Fleischer, boxing writer and founder of The Ring magazine, met Joe Pilates in Germany. He encouraged him to come to the US, because he was impressed by his work: 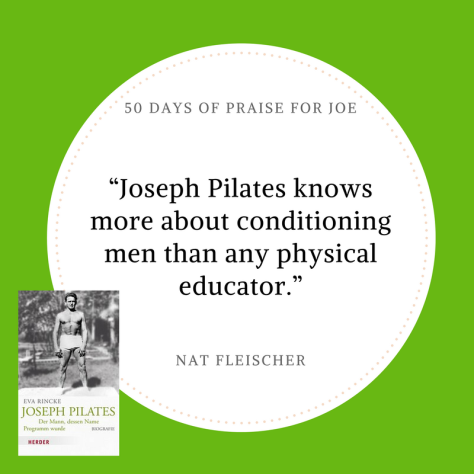 Dancer, choreographer and dance educator Hanya Holm worked closely with Joseph Pilates, sending many of her pupils over to his studio, if they had pain issues or injuries. Dance was Hanya’s life and Joe had saved it, healing her longtime knee injury. So she signed her autograph picture for him like this: 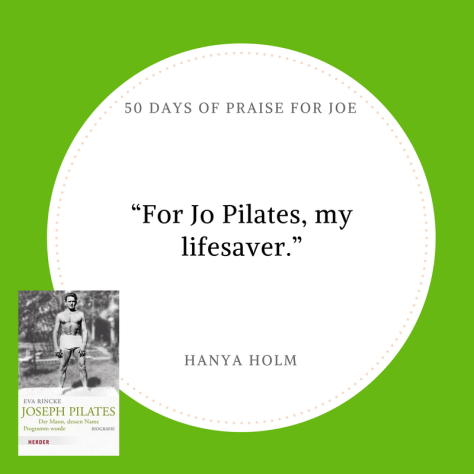 Russian choreographer George Balanchine deeply influenced dance in American when he founded his School of American Ballet. He worked closely with Joseph Pilates and highly valued his method: 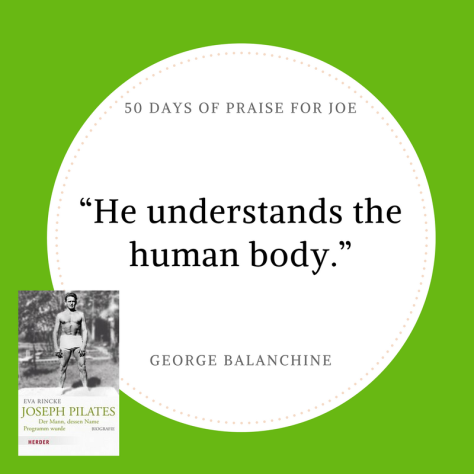 Ruth St. Denis was the Mother of Modern Dance in the United States and one of Joseph Pilates’ most important supporters. She told everyone about his work, whether they wanted to hear it or not…

Fashion photographer Gerorge Hoyningen Huene was a client and friend of Joseph Pilates. He also took the pictures for his book “Return to Life through Contrology”:

Joe’s client Dorothy Paschal believed in the rejuvenating results of the Pilates method:

Joe Pilates himself believed in the future success of his method: 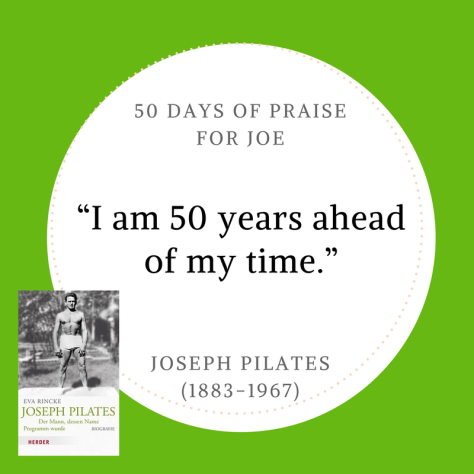 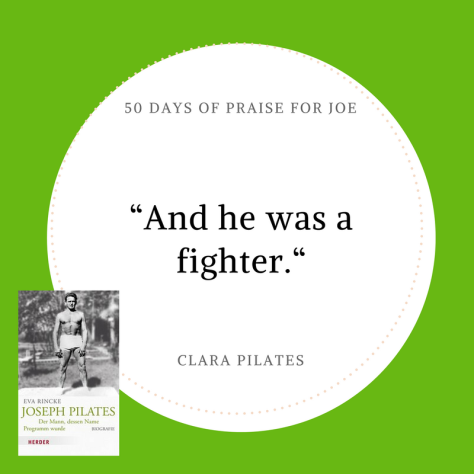 Dancer Evelyn de la Tour was also a great admirer of Joseph Pilates and his method:

One thought on “50 Days of Praise for Joe”